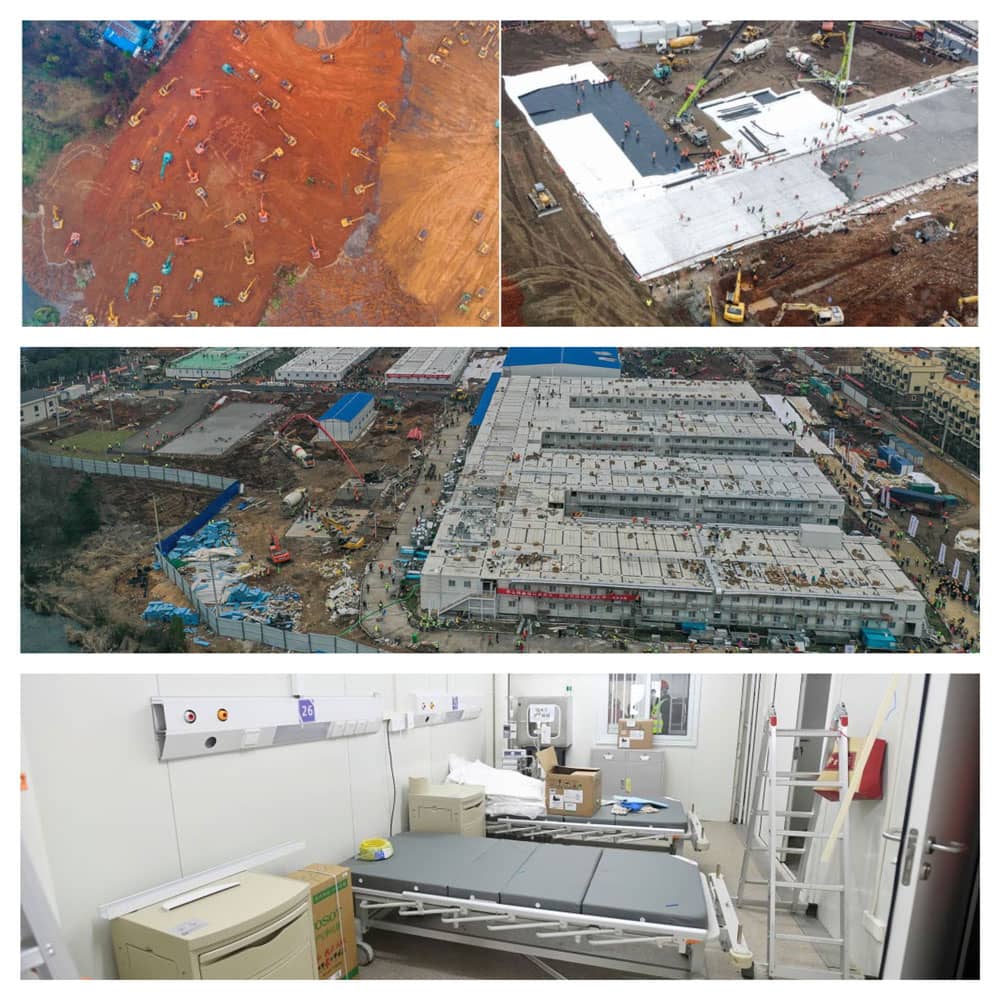 In Wuhan, China, there’s a riveting sideshow in the unfolding drama to contain the fast-spreading coronavirus strain that has already claimed more than 490 lives and infected over 24,324, as of Feb. 5, confirmed count. The majority of those infected are in Wuhan, and the Chinese government is putting its resources into building new medical facilities, fast.

Huoshenshan Hospital, which broke ground on Jan. 24, is now operational and has received its First 50 patients with some 1,400 military medical workers on duty on Feb. 4. This facility has 1,000 beds and occupies 269,000 sq. ft. With an equally ambitious timeline is Leishenshan Hospital, a 323,000-sq. ft, 1,600-bed facility slated to open Feb 5.

Wuhan’s breakneck construction pace brings up several questions: How can the Chinese radically compress construction timelines? A building more so a full-service hospital with medical technology equipment usually takes several years to erect. And can a rapidly built structure really be safe?

Scott Rawlings, an architect who leads the global architecture and engineering firm HOK’s healthcare practice, clarifies that what the Chinese are building isn’t a typical medical facility but more of a triage center for managing mass infection. I would hesitate to refer to the hospital being erected today in Wuhan as a permanent hospital, and it is certainly not a full-service facility, says Scott. When we are designing the latter, we consider the building’s use and adaptability for 75 years into the future China does not have that luxury in designing its new hospital in Wuhan.

It’s basically a quarantined hospital where they send people with infectious diseases so it has the safety and protective gear in place, – says Joan Kaufman, a lecturer at Harvard Medical School

The Huoshenshan facility is a two-storey building consisting of prefabricated units. Using prefabricated units is the key to expediting Wuhan’s hospitals. Fully-assembled, factory-made rooms are trucked on site and dropped into place and installed on site. Pre-fab or modular construction has also been used in emergency scenarios in other parts of the world- says Scott Rawlings.

Huoshenshan site began appearing online on Jan. 24, showing dozens of excavators, bulldozers and other earth-moving equipment rushing to level the ground. The construction companies then added several layers of matting and poured concrete. The hospital units are on section members to keep them off the ground. The units are made of flat boards that hook together. Each unit is about 100 square feet and can hold two beds, according to People’s Daily, the Communist Party’s flagship newspaper. The rooms are depressurized so air is drawn into the rooms, a common practice in hospitals to prevent airborne microorganisms from spreading out of the room and into hallways and corridors, according to the Centers for Disease Control and Prevention.

There are noteworthy factors that accelerate building projects in China: the lack of labor unions, the steady influx of cheap labor from provincial towns, and the availability of building materials. China can overcome bureaucracy and financial constraints and mobilize a large workforce quickly, added Huang, who is also a professor at Seton Hall University in New Jersey.

1. Article: How China can build a hospital for coronavirus patients in a week by Anne Quito of qz.com

2. Article: How China Built a Coronavirus Hospital in 10 Days by Jessica Wang, Ellie Zhu and Taylor Umlauf of the Wall Street Journal

4. Article: China is building a 1,000 bed hospital in six days to deal with coronavirus – Archpaper.com