WHY WERE ALL THE STAIRCASES OF CASTLES IN MIDDLE AGES BUILT CLOCKWISE? 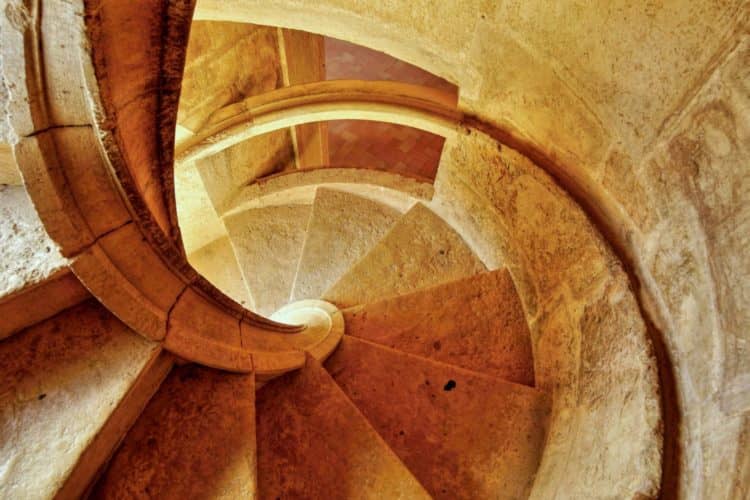 Everyone loves Game of thrones or has definitely seen a Chinese action movie picturized in prehistoric times and by now you are probably accustomed to the action-packed war scenes, where soldiers raid a castle and rush up a spiral staircase to kill the king and conquer his kingdom. However, those spiral staircases might certainly not climb clockwise in the TV show or a movie you’ve seen but they usually did in real life.

Architects and Engineers of that era pose very specific and unique requirements that may appear pointless and impractical today. According to Will Kalif of medieval.stormthecastle.com, the designers and engineers built staircases to wrap around in a clockwise fashion so as to pose a snag to any attacker who might climb them up. These staircases lowered the ability of the right-handed attackers as the walls would hinder their striking motions, in turn, making them slow and completely unprotected to the defenders sword, on the contrary, the right-handed defenders who plunge down the spiral staircase would get a greater range of movement as they could swing their swords in arcs that matched the curve of the outer wall with extra room to swing and could quickly attack a fully exposed enemy soldier.

Of course, their might have been some left-handed attackers who might not be as affected but even the critics are bedazzled by the thinking behind it.

Even the stairs were made to differ in size, as the defenders would be familiar with the smaller and larger steps, the attackers might misjudge and in a hurry may tip and fall during a battle. These inconsistencies in the specifications of individual steps were a part of their design in those times, and may or may not have helped in changing the course of wars, but for centuries now, these design inclusions have definitely not failed to inspire architects and engineers for designing the structure for a purpose and not just for the sake of it.

We at Limpid Construction design structures for a purpose.